I support the use of the Common Core standards for English/Language Arts and for Mathematics.  I also support the common standards for Science that are coming to our public schools.  I support these standards because they were created by experts; they were vetted by experts; and they give all 50 million U.S. students a fair and equitable education.  We all know that education throughout the U.S. is not uniform because individual state standards vary widely.  Common Core sets a level playing field for all.  Additionally, these common standards are consistent with those from countries that produce students with the highest academic abilities.  We all love competition and we all love to win; so I would think that we would all want our students to be able to fairly compete with anyone in the world for 21st century jobs.  Common standards allow us to do this.

So here are some bad reasons for turning away from common educational standards:

1) I'm a Republican and Common Core is a Democrat thing--so I'm against it.

We live in a partisan country.  Some people are strongly Republican and some are strongly Democrat.  If a cause aligns to a particular political party, then the loyal will support it no matter the cause and no matter the details.  But Common Core is not a Democrat thing and it is not a Republican thing.  It came from the National Governors Association and Council of Chief State School Officers.  Just as No Child Left Behind was not a Republican thing (Edward Kennedy co-wrote NCLB), Common Core is not a Democrat thing.

2) Common Core is too hard.

Compared to the academic standards in some states, Common Core will appear to be more rigorous, less rigorous, or about the same.  Since different states had different standards in the past, this comparison will look different to people in different parts of the country.  But the goal of school is to teach and prepare students for the world that they will inherit.  The goal is not for students to get good grades.  We want our students to be successful, but too many of our students have been very successful in high school only to fail in college.  That is a national shame on our nation.  Common Core is trying to prepare students for both higher education and for the word of work.  If it is hard, then students are being well prepared for their future.  Isn't that something we all want?

3) It was implemented too fast.

States were given four years between state adoption of the Common Core standards and the actual implementation of the Common Core standards.  I think that a lot of people feel that the Common Core came all of sudden--one year we didn't have it, and the next year we did.  There was a lot of planning behind the scenes that the general public may not have seen.  This is why it seems to be so sudden to some.  If there were ten years between adoption and implementation, some people would feel the same way.  Why should we wait to give our students a world-class education?  And why give up on it just because it was fast?

Also, public education is often accused of moving too slow.  Fifty million students and three million teachers comprise a very large group; and it is often slow for this group to change.  If we drag out the change and take our time, it might never happen.  We have to "rip off the band-aid".  Now is the time

4) (This bad reason hasn't occurred yet, but it will towards the end of this school year.)  See, everyone did poorly on the test.

This year, for the first time, the PARCC and Smarter Balanced tests will be administered to students in grades 3 to high school.  In all likelihood, overall student scores will be low

compared to their class grades in math and English/Language Arts; or compared to past standardized test grades.  And there will be all sorts of renewed calls to cancel Common Core.

In fact, whenever a new standardized test is administered, scores are often low at first and then increase over time.  Remember, the content of the courses are more difficult, so naturally the tests will be more difficult and some students won't be able to rise to that challenge as well as other students.  Once again, the goal of school is to teach and help students to be prepared for their future.  We are not helping students by giving them easy tests and then telling their parents that they are smart and then having these same students struggle after high school.  Colleges will recognize these new tests that same way they recognize the SAT and ACT tests.  They have to be the sort of tests that really prepare our students for college.

We have a real chance to improve the education of millions.  And it could happen to this current generation of students.  We can say that we were there when U.S. public schools took a bold new step toward becoming the new standard in world-class education.  This is education's "moon shot".  Let's make a real difference; let's give our kids the best!

Over the past generation (or two), the mathematics abilities of students in the United States has improved.

Take a minute and let that opening sentence sink in a little bit.  We are constantly hearing about how poor our nation's students do in mathematics compared to other nations; sometimes we hear the same comments compared to previous generations in the United States.  But the truth is, we are improving when in comes to mathematics abilities of our students.

The graph (above) depicts the average NAEP mathematics scores for 4th and 8th grade students since 1990.  NAEP stands for the National Assessment of Educational Progress.  It is sometimes referred to as the Nations Report Card.  Among many other subject areas, NAEP periodically tests the math abilities of 4th, 8th, and 12th grade students throughout the United States.  This test is given to a representative sample of students in every state.  It is a "low-stakes" test and only aggregate results are determined.  (That is, there are no individual student results reported for NAEP tests.)

We can see the overall increases over this time period on this graph.  While this is good news, it is also fair to say that students in the United States need to do much better than they are currently doing in mathematics achievement if we ever hope to rival our counterparts in other some other nations.  The ability of American students to reason and problem solve in mathematics is lacking.  Even students who appear to do well in math classes--as indicated by their grades--sometimes struggle in higher level math classes that require reasoning and understanding.

So while we are improving in overall math ability over the past couple of generations, we need to continue to improve (and quicken the pace of improvement) if we want our students to be successful in world that they will inherit.

This requires a change in the way mathematics is taught in United States.  We need to de-emphasize "grading" and re-emphasize "learning".  Students (and parents) who are only concerned about grades sometimes overlook the main purpose of schooling--which is learning.

So let's keep the positive trend in rising math ability going.  We must.
at October 12, 2014 No comments:

Caring Adults in Every School

I always hear about the value of relationships in education.  When a teacher builds a strong relationship with her students, her students tend to have better achievement.  I've also (often) been reminded that some students do not have the positive influence of a responsible adult in their home life (or their outside-of-school-life) and YOU may be that only such person in that student's life.

I think that teachers who take these point to heart are able to make a difference in the lives of their students.  I also think that they help to create a learning environment in which students are comfortable and more able to do their best all of the time.  And it makes sense...Wouldn't you rather have a teacher who cares about you as a person than having a teacher that barely knows your name?
I am a mathematics supervisor.  So often I see students who have always struggled in math class and they begin each school year thinking that they won't do well.  Some teachers view this attitude as "The students don't like me." when the real issue is "The students don't like math."  (Actually, I think the real issue is, "The students don't like being in an environment where they are pretty sure that they are going to fail and/or not understand on a regular basis.)  Teachers who are able to establish a good relationship with these students enable them to try and work hard and do their best everyday.  They may not get the "A" every time, but they change their attitude toward the subject (and maybe their attitude toward their own abilities) and things improve. 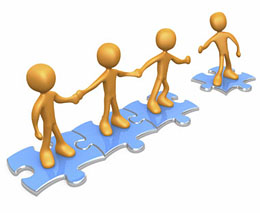 Just like in life, a little caring goes a long way.  Fortunately, most teachers get into the profession of teaching because they already are very caring people.  They want to work with students and they want their students to be successful and they do everything they can to make that happen.  Think about your favorite teacher...Why is he or she your favorite?  Chances are, it has something to do with the way they treated you and chances are, they were probably very nice to you and made you feel that you were capable of doing anything.
at October 09, 2014 No comments:

According to a recent article from the Pew Research Center (see article here), the U.S. high school dropout rate dropped to 7% last year.  It has been going down since 2000 when the national dropout rate was 12%.  Educators know that earning a high school diploma may not be a ticket to live-long success.  But without one, you are pretty much guaranteed to experience many struggles in your life--not the least of which would be trying to build a middle-class life for you and your family.

Hispanic and Black dropout rates have significantly declined since 1993.  Hispanic student (today) comprise 25% of our nation's public school students.  In 1993 their dropout rate was 33%.  Today it is down to 14%--and it has been steadily declining since 1998 despite a 50% rise in the population of young Hispanics in our country.  The dropout rate for Blacks has declined from 16% in 1993 to 8% today.  Black youth represent 16% of our public school students.

Public schools do everything they can to keep students in school and to encourage completion of their high school diploma.  We encourage students to become involved in school teams and school clubs.  Students who are involved in school are less likely to dropout.  (I have to be honest, I can't find data on that last statement.  But I've heard it from many sources over the years and it makes sense--to me--to be true.)

We also know that when students can connect with an adult in the school, they are more likely to stay in school and to finish high school.  Once again, relationships is the key.

The next hurdle to clear is raising the college graduation rate--which is well below 50%.  But that's a topic for another post. 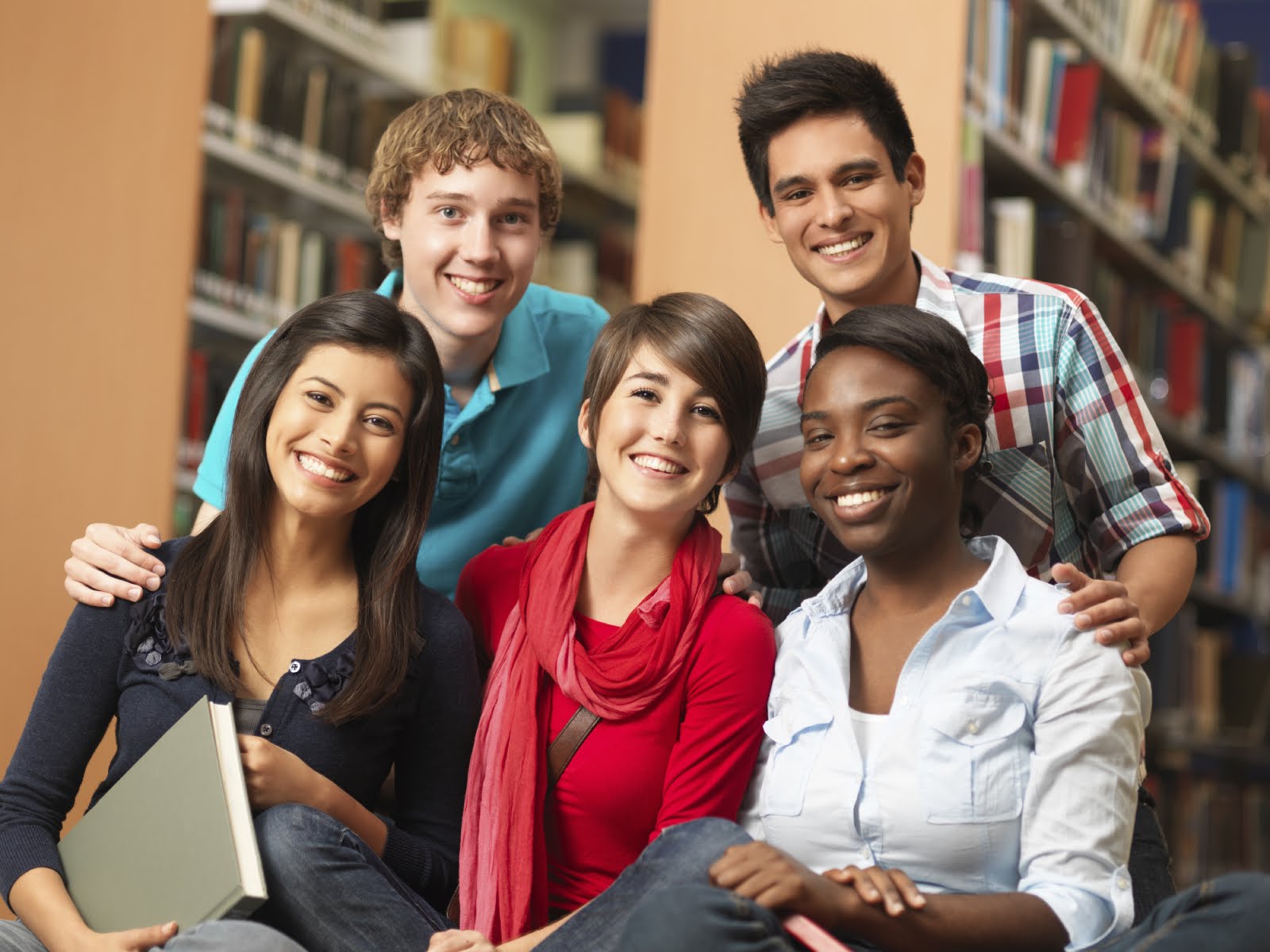 Breaking the Code of Silence